Michele Chiarlo presents rare quality wines, complex, and generous. The estate is located in Calamandrana village, near the magnificent Canelli hills. The vineyard limestone-clay soils and sunny parcels yield fleshy, delicate, and alluring Piedmont wines. Michele Chiarlo is one of the few estates that contributed to the prestige of Barolo appellation by adding touch of modernism. The wines offer supple and silky tannins all the while retaining Barolo original character. Michele Chiarlo brought a second wind to the region's sumptuous wines by creating unique and rare offerings which transcend the family's incomparable signature style.

Michele Chiarlo | A Pioneer and Visionary in Piedmont 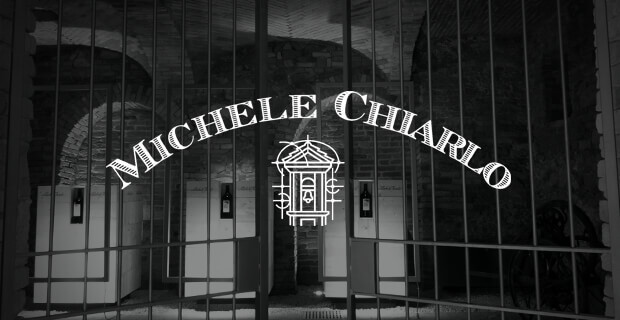 Considered one of the fathers of modern Piedmont, Michele Chiarlo is a name that will sound quite familiar to those who love Italian wines. Releasing his first bottle of Barolo in 1958, Chiarlo contributed greatly to elevating this traditional Nebbiolo-based wine to the quality it is known for today by limiting yields in the vineyard and shortening maceration time at the winery. Chiarlo was also one of the first producers to actively promote Barbera d’Asti abroad and push for the creation of the Nizza DOCG title, recognising the very best Barbera of Monferrato. Managed today with the help of his sons Stefano and Alberto Chiarlo, the estate produces four main styles of single-varietal wine from Piedmont’s four emblematic grapes to showcase four distinct terroirs: Nebbiolo, Barbera, Cortese and Moscato, the basis for Barolo, Barbaresco, Gavi and Asti.

Michele Chiarlo: A History and Legacy

Setting the stage for the Michele Chiarlo estate was Michele’s father Pietro Chiarlo, who was born in 1898 in the Calamandrana commune in the Province of Asti, within the region of Piedmont in north-western Italy. He began working at a winery in nearby Canelli at an early age. After a stint abroad, Pietro returned to his native Calamandrana with the idea to invest in Piedmont winemaking. Together with his brother Felice, he tilled the land and began replanting the vineyards.

Pietro’s son Michele was born in 1935. In the company of future leaders of Italian winemaking, including Franco Ziliani, Giacomo Tachis and Renato Razzi, he attended a winemaking school in Alba. He began producing wine in 1956 with his first bottling of Barolo released under the name Michele Chiarlo in 1958. In the decade that followed, Michele focused on expanding his market, forming close relationships with importers and consumers, and eventually exporting to Northern Europe and the Americas. In order to make place for a growing production, a larger winery was constructed in Calamandrana in 1972. Michele also began expanding his land holdings. Taking his father’s advice, he hand-selected vineyards in Langhe, Monferrato and Gavi known for their superior geographical locations, resulting in a truly spectacular collection of Piedmont crus. In the 1980’s he continued by purchasing parcels of Barolo cru, including Cerequio in the village of La Morra and the prestigious Cannubi. In the 1990’s Michele’s two sons joined the family business, with Stefano Chiarlo taking care of agriculture and oenology, and Alberto Chiarlo helping with sales and marketing.

Aiming to raise the standard for Barbera d’Asti from his beloved homeland, Michele Chiarlo was one of the very first producers to make a Barbera using malolactic fermentation in 1974. But it wasn’t until 1995, that the family acquired Tenuta La Court, a 20-hectare property in the very heart of the designation. This historical estate, dating back to the 1800’s, is located on two hills, and includes an area that received the Nizza DOCG title in 2014. The rare, exclusive wines produced from the very small and low-yielding Nizza appellation are considered the “Super Barbera” of Monferrato.

Today, Michele, Stefano and Alberto together run the family business, continuing the Chiarlo legacy in Piedmont. Michele has served as president of the Cooperative Winery of Calamandrana, one of the founding members of the Consorzio Grandi Vini and a founding member of Hastae, an association of influential Barbera d’Asti producers, crucial to the promotion of this unique Italian wine style in the world.

Today the Chiarlo family grows 110 hectares of vineyards, including some of the finest in Piedmont. As a way to showcase the great natural wealth of four Piemontese regions – Barolo, Barbaresco, Gavi and Asti - the wines are made exclusively with the variety indigenous to each region - Nebbiolo, Barbera, Cortese and Moscato – without blending in popular international varieties, like Cabernet Sauvignon and Merlot. The four wines are produced in four different styles to best express the characteristics of each terroir of origin.

The wines of Chiarlo tend to be beautifully structured and long-lived, elegant and complex wines that are truly terroir-driven. The vines in each region are cultivated with sustainable practices and several techniques are used to reduce the yield, producing more concentrated fruit. At the winery, winemakers Stefano Chiarlo and Gianni Meleni are particularly careful to use only a moderate amount of oak in the production of the red wines in order to allow varietal and terroir to shine through. Since the 1980’s, the Chiarlo family has raised the level of quality for Barolo wines, dramatically reducing yields in the vineyards, introducing temperature controlled fermentation, and shortening maceration time to 15-17 days. The result is a Barolo less austere and with smoother tannins than was typical before.

As a way to celebrate the land to which Michele Chiarlo credits his fantastic wines, the family has installed the Art Park la Court at Castelnuovo Calcea, on the hills of Chiarlo’s La Court estate. Considered the largest open-air museum in a vineyard, the park offers a route over 1 km long, spotted with art installations. Bringing together art, landscape and wine, this life-sized masterpiece centres on a landscaped scenery, designed by the great Emanuele Luzzati and dedicated to the elements of earth, water, air and fire. Other international artists represented are Ugo Nespolo, Giancarlo Ferraris and Chris Bangle through works such as decorative signpost heads, a “vineyard door” and a giant pink bench overlooking the landscape.

As a living, breathing cultural centre, Art Park La Court is managed by the O.R.M.E. association, which promotes a full calendar of visits and events. Many of the latter are dedicated to influential characters in Piemontese history, especially those who have left their mark on the world of Italian wines. One of the permanent exhibitions of the park, “Footprints, histories and memories of Piedmont,” is a great way to learn more about the region and its important winemaking legacy.

Beginning in 1997, the estate has also documented each of their harvests with the help of a photographer. These images are displayed in a permanent exhibition at Art Park La Court, allowing visitors to experience each harvest and understand the toil in the vineyards, the changing seasons and the customs behind winemaking at Michele Chiarlo.